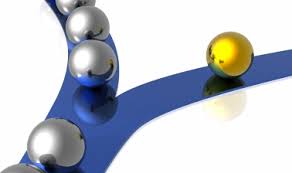 Congratulations to Bernie Sanders! Hopefully, he can lead us on a new path here in the USA.

Speaking of new paths, a funny thing happened on the way to bringing the Instigator (TM) to the world.
I literally dreamed up a better idea.

Inventing is usually goal driven. After all, why would invent unless there was a problem to solve, a need to address, an end result envisioned, etc..  The Instigator (TM) fell into that category. The idea was to combine some "new"concepts and achieve a new end result that would be "better" than products already on the market. The "I can do that better" type thing.

Ideas are easy. Product development: DIFFICULT. A lot of criteria to meet ; buildable, practical, affordable, marketable, durable, on and on... As questions and hurdles arise, things become more complicated and usually compromises are made, The goal ends up changing, Reality steps in and tells you what can end up with. At some point you may end up saying
"but that's not what I envisioned"!
You consider whether to just kill it and move on.

This was starting to happen with the Instigator (TM). The math and physics was driving me crazy. When entering new territory, sometimes there is just not enough "known science" to do successful modeling. Then you have to do extensive experimentation to advance your scientific knowledge. I love doing this; often discoveries are made that spawn new ideas and inventions, or sometimes you circle back to someone else's idea or worse, reach a total dead end. Well, this is a business, not a hobby, and it was becoming apparent that the risk/reward ratio was not encouraging. I could put a lot of effort into this and not get there. Always a risk, but I hope I am learning from the past and making better decisions based on prior experience.

So I had a hard look at what the end result criteria were i.e. what did I want to accomplish?
I wanted to use "discoveries" from the sports of surfing, stand up paddle boarding, kite boarding, windsurfing, skiing, snowboarding, and <not disclosing> to create a new exciting watercraft that will accomplish my performance goals and be visually stunning to watch. I want everyone that sees it in action to be astonished and envious. I want it to be an obvious winner!

Coincidentally, I have been experimenting (as a hobby) with lucid dreaming and meta-programming of the human mind. Mind blowing stuff! Kinda sorta the stuff one does not really talk about, lest  thought of as going off the deep end! As in losing it, wacko, crazy. Yes, I am preparing you for something extraordinary.

First however, I look at this "problem" as a giant "equation" of ideas as "variables". The end result (equals) is obviously going to be variable as well. The solution is writing an equation that interrelates all these and has a end result that works for me. Tackling this "head on" , with my conscious mind, I can not get there. So I "put in an order" and put my brain to work while sleeping. I should point out that dreams are often ignorant of common sense and the laws of nature. We often wake up and although we were totally accepting what was happening as real during the dream, "obviously not possible", not reality, sometimes "thank goodness that was a dream"!

"Eureka! The breakthrough we have all been waiting for fully gelled at 7:15 PM PST on January 30, 2016. This was actually staring me in the face for months now, yet I failed to see it. I credit a successful experiment with lucid dreaming last night."


On Feb 2nd: "Another HUGE breakthrough! Once again, a whole new world has opened up and new ideas are flooding in as fast I can write them down. Field testing of these new concepts is going to be so much fun!"


On Feb 3rd :"Good things come in threes? Well, it's day #3 of breakthroughs and epiphanies. Physics research is paying off big time. What almost everyone ,who thinks they know anything about what I am working on, would consider an insurmountable obstacle (as I did yesterday) , I now believe to be an advantage that I intend to exploit!"


"Dream Dare 1" is the name I have given the prototype that will be built and tested this spring in absolute secrecy. I have to say that even now it seems to be an improbable and impossible idea. The breakthrough idea that my brain came up with assumes a "leap of faith" unproven hypothesis that I can not even envision a way to evolve there or even test; it truly is a revolutionary idea.
The prototype will test this hypothesis.
It will either work or it won't!
We will no doubt learn something in the process.


Before wrapping this up, I need to explain WHY I am so excited. Dream Dare 1 does not just meet the criteria for a successful solution. It EXCEEDS by a YUGE margin , providing capabilities I had not even thought of. An incredible invention, let's just hope it works!