What has been going on?

Greetings!
Launched the "proud-funding" campaign on schedule and then immediately took the Great White van on it's first windsurfing trip with the new motor. You must understand, I had a brand new prototype to test, with great wind forecast, and a fine group of windsurfers to share the experience with.
So off we went... 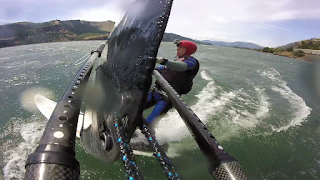 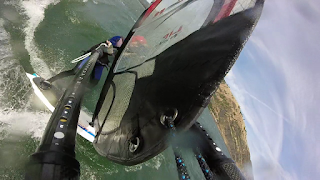 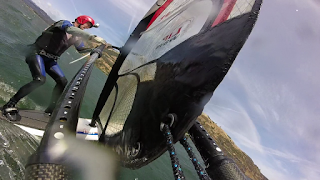 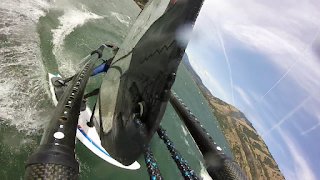 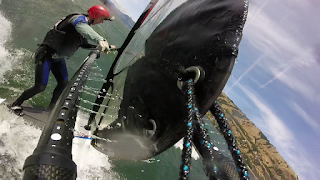 The new prototype was added to a Starboard Fish 90 Liter and adds only 1 kg over the original weight. For a board I had only been on for a few minutes before the conversion, it rode fantastic right from the start.

Day 1 was "too windy" to do the planned demo day at Swell City/Hatchery so we ended up at Mosier instead. Not satisfied with how fast the wind built there, we decided to be "pro-active" and moved the whole show (4 vehicles) to Rowena. I had too large a sail on (5.7 Loft), but I was so happy at being absurdly powered up that I blasted upriver to Doug's Beach (my first down-winder on this stretch of water) where the sail was more appropriate. Found some great large smooth river swells at "Doug's West" that were empty and mine to play on! Headed back to Rowena to even stronger wind. A great day.

Day 2 found us back at Mosier, this time to stay. Using a 5.0 meter sail, I was still quite "generously" powered. This time I headed downriver towards Bingen , turning around by Marker 42. This area of the Gorge is one of my favorites, as the wind is trapped and focused between cliffs on both sides. I call it "The Walls". There is also a green Marker 41, just like at The Wall.
Now familiar with this board, I began to experiment. Soon I had invented a new (to me) jibe I'm going to name the "Spider". It's both a spin and slide of the board that the MoaB (TM) repositioner makes super easy. The secret is to be in the opposite stance early, and then spin the board on top of a swell so the fins are in the air, and then slide off the swell peak to land onto the wave face! I can hardly wait to try this in the surf!

I had some other amazing things happen on this journey, but I'll have to wait until I review the video from the cameras before I go public with it. One thing I have learned, during this amazing adventure of product development, is that one's memory/perception of what happened is not necessarily what did happen! The video tells all, if it catches it.

"The Future of Windsurfing" update: The campaign was at the "dreaded empty" when I just checked it. That's right. $0 ! Folks from 36 different countries have taken a look, so it's not like it's invisible.
The "dreaded empty" is called that because most campaigns fail when that is the case at this point. However, I am not worried because most campaigns also "pre-load" with pre-arranged "donations" that makes Indiegogo very happy (5% cut) and the uninformed think the campaign is off to a great start. The fact that the least costly perk is $8000 probably is a major factor as well. So I will enjoy the big zero while it lasts, there is still plenty of time. But keep in mind, once a country is sold, it;s gone!
Posted by Peter Schulz at 4:22 PM