Passionate inventing and the grand vision

Greetings
I thought I'd get a few thoughts out before I disappear for awhile.

First off. Yes, I am working on something big, really big. It's been the plan all along. The MoaB (TM) repositioner was supposed to be a slam dunk and finance  the larger project.
However, it seems to be a 'binary" idea that was before it's time.
We all learned a lot in the process and I certainly do not regret having taken that route.
In fact, keys concepts were revealed that are proving crucial to moving forward.
Also, technology, materials, and wind/water sports have progressed, as well as my own education.
I came up with the big idea a number of years ago, which is actually a collection of concepts put together that satisfy some great "What if you could" questions. Interspersed among the MoaB field sessions has been some top secret testing of these concepts. I now know most of them do work in practice and theoretically they may work together. A LOT of time and energy is going into design work, engineering, and planning. Some serious science, especially physics/math. is involved.

I love to invent from scratch. It's easier to think outside the box that way. Conventional wisdom is both an enemy and an opportunity. Questioning and determining the validity of that wisdom is a lot of work and most do not ever do so. It is much easier to build upon the work of others. Once I have a good hypothesis going, THEN I look and see what others have done and what the conventional wisdom is. Often, this means a dead end or someone has beat me to it. But if I can find a flaw, or a truth not well known, then I may be onto something.

I look at "working the problem", a rock climbing expression. For me to have success, this usually means I have to be a little bit obsessed. I think about it all times of the day and night whenever I have any thought free to spare. Our brains are very interesting in how so much is done not by conscious thought, I think this explains why I am never bored, I always have an interesting problem to work on. It is critical to maintain my interest and motivation that I be passionate about whatever it is I am working on.

Back to the grand idea. This is really out there. Probably another binary idea and potentially way ahead of it's time. A fair amount of "but"s and "however"s seem likely. I believe the route to success on this one is an advanced prototype that reliably proves the concepts in a manner that is not open to question. I have a vision of how to do this: a video production that blows peoples minds. Basically a stunt to start off with that has never been done before, followed by footage that shows beyond a doubt the amazing things now possible that makes folks exclaim "I want to do that! Can I buy one of those?" And this is the video that will be shown only to those I want to partner with to make the answer "YES!"  I'm talking drone footage, on-board cameras, on-water cameras, on-shore, and on the rider, hopefully using something like Google Glass to show operational parameters in real time from monitoring sensors and GPS. The script is written and a lot of folks will be involved. On a need to know basis only.

Execution: A lot of folks and companies will be involved before this ever gets to the public eye. This is a huge project. Maybe too ambitious. It may be that just one new concept is rolled out at first or that not all concepts will be included. In any event, do not expect this to available any time soon.

Secrecy: Some have heard I am up to something big and are worried. I apologize for this. I can say that there is no plan to disrupt current industry, despite our name! I see this as a huge boost to almost all concerned. Spying or hacking is not necessary but will be fruitless even if attempted. There are no prototypes kept at any of our known locations or in vehicles. We have secure locations that are secret. No files on computers that ever connect to the internet. No notebooks,No documents. Computers are with me personally as I travel or are secured at previously mentioned locations. Past experience has shown me to be way too paranoid about this, but I would rather be safe than sorry nonetheless.

So there you have it. I talked at length but you have  no clue still. Even if you do, you really probably don't. I am a master of misdirection, me thinks. I have tried not to tease, but to give reassurance that I have a grand plan but that much patience will be required before seeing the results.

By the way, I quit my day job to give my full brainpower to this. I'm nothing but serious about making this happen!


Posted by Peter Schulz at 7:08 PM No comments: 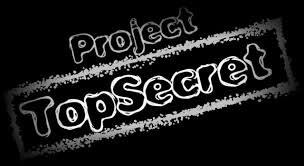 Been quiet lately because we are working on a top secret project and it just seems cruel to tease folks. However, I do want you to know that we are very excited and moving forward, just not in a public way right now.
Posted by Peter Schulz at 9:22 AM No comments: