Bernie-boarding has taken over my life! 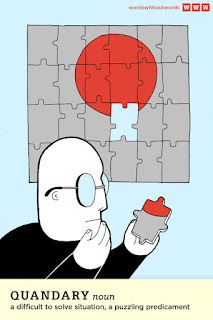 Bernie-boarding update/summary: It works.
We are actively debating the path forward*.

We are learning a lot with every test session, each which has a set of defined goals.
16 MPH of wind has proven to be the best for "gliding" mode for the latest Dream Dare prototype. Multi-modal use with the same watercraft without needing to change or adjust ANYTHING is the true strength of this innovation, in my opinion.
The team strongly believes that, although this can be taken completely into a new sport altogether, we should focus on tying it to an existing sport to ease entry for early adopters.


*There are drawbacks and challenges that can be ignored and a product introduced to the market this summer (Shark Tank argument, make money!) .
Or, we could explore more, invent more, and wait for a "perfected" product, since we have effectively no competitors.
Hopefully, another round of prototypes and testing will give us the data we need to clarify our path!


Posted by Peter Schulz at 9:41 AM No comments:

Greetings from the future! I think. Therefore, I am.

Wow, a crazy place to be at. I am compelled to post an update after yesterday's incredible events.
Let's start from the start and just maybe this will make some sense.

I am an inventor. Also a product developer. Possibly an entrepreneur. Certainly a water-sports enthusiast.
I had a crazy idea that arose through lucid dreaming that morphed into a sizable group of inventions, which I am working on combining into one extreme watercraft.
This new watercraft is not a typical "evolutionary" type improvement over what already exists.It's more of a leap into a new realm of possibilities. Common sense, "rules of thumb", even conventional  physics, all indicate this thing should not work. I like to use a starship / warp drive euphemism when discussing this thing. Rather than just saying "this thing" all the time.

I have built some "test platforms" because to say prototype is too generous and would be deceiving. What I have built is nowhere near what an actual product would even look like. Or so I thought.

Dream Dare 1, 2 and 3 is what I call them. I have built them and done some initial real world testing under the best secrecy that can be managed these days.
Dream Dare 1 was a success after traveling the first 20 feet under impulse power. It floats, it moves, I am able to pilot it! I was very surprised and amazed. There were a huge number of configuration decisions to be made so I expected to have to try a number of different set ups before finding one that worked. So lucky. I will humbly take credit for some skill as well.
So Dream Dare 1 worked fine under impulse power. There are a lot of operational modes. More than I anticipated. I immediately went from impulse power to glide mode. Glide mode is all the rage these days, in a related field of endeavor that is seeing renewed interest. I expected glide mode to be the main operational mode of this starship, which I would then refine until my "hoped for" goals were met. Glide mode is smooth, easy, relatively safe. My starship is hoping to have the best glide mode in the universe. My glide mode is going to love chop and waves and be easy on the joints.
Then there is warp drive. Who doesn't want to go fast at some point? Well, after a short time in glide mode, I kicked into warp drive. This was not the plan. I was supposed to get comfortable navigating around and yet here I am heading all the way across the mighty Columbia River and kicking it into warp drive. It was just so easy. Well, it just worked. Exciting. Easy transitions between modes.
I exhausted myself quickly. Went home and readied Dream Dare 2 (DD2).

DD2 was focused on going extreme with glide mode. My initial guess at a configuration was way off, I believe. Might have been the conditions but, in any event, it did not work well. The shock wave I was hoping to ride (ride your own wave!) intersected incorrectly and threw the whole balance off. Reality is beginning to set in, along with some doubts. But it is very early and I am still quite excited and motivated so I came up with a plan for DD3.

I got DD3 out for a test day before yesterday. Conditions were good initially but soon worsened. There was also a group of ships out showing off how fun their glide mode was working. I know one of the captains so I was leery about secrecy. So I stayed mostly under impulse power with a little bit of glide mode and a blast of warp drive when I thought no one was looking. That warp drive sure is addictive and fun! I was very happy to be so proficient on a "first time" test platform in just minutes. I became a master at impulse power just cruising around all over the place and finally called it a day.

Now for yesterday! Conditions were great. No one around anywhere. How could this be? Fools!
But great for me. Kicked it into warp drive immediately and spent a lot of time there over the course of the day. Tried out some other modes. Some worked, some need work on test platform configuration or piloting skills. The evasive mode I was very excited about during initial conception eludes me so far. This does not surprise me, I expect the most work, and largest payoff, to be in pursuing this mode. Expect this to be a surprise later if it works. There are a lot of secret modes not discernible by simply looking at the physical structure. That's one of the things that has me so excited. It does more than you can even imagine, myself included.

So yesterday I am having a great time exploring warp drive and various new modes of operation, including reverse edging mode (utilizes a hidden control surface). There is a super secret mode I will call trans-dimensional warp (TD warp). Very dangerous and certainly very extreme. I had envisioned this possibility early on but planned on having a refined prototype and support crew before daring it. I don't even have a good plan for transitioning out of it.  WELL, everyone can chew me out big time for doing this, but conditions were just right, with no one around. I just could not help myself.

Kicked it into TD warp and WOW! Just a little bit, not really full on, I was blown away by how exciting and fun this mode was, So I just went for it - maximum TD warp!
Well, my poor little DD3 could not take the strain as I reached unthinkable speed and there was a warp core breach / crash. The destruction was staggering (over a thousand dollars in damage), the pain was intense. Yet, both I and DD3 functioned well enough that I used regular warp drive all the way home! DD3 will have to be rebuilt and future captains will have to be warned. TD warp will remain a super secret mode for quite some time to come.

In conclusion, there is no doubt in my mind I have created a new watercraft/sport. It may not ultimately meet all my design criteria but certainly meets enough of them to justify continued pursuit (and IP protection).  This is an extreme design and will not be for everyone. I'm OK with that, I never thought it would be.
But I bet a lot of folks will be wanting to try it. I'll try to make that happen as soon as I can. - Peter

Posted by Peter Schulz at 12:34 PM No comments: