Forbidden Science and the Moral Imperative 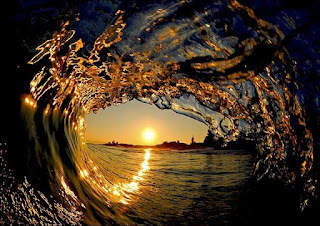 I have seen the light!
Greetings,
It's a new year and Disruptive Wind is a new company!
Well, it's still called Disruptive Wind, but we have re-invented who we are and where we are going.
Actually, we will be doing more
meta-game analysis (<colored, these are links to other web pages)
as things progress.

I would like to take this opportunity to thank all those who helped me, and this company, to be the success it is today.  I am also thinking of my father,
Russell Jackson Schulz, and my grandfather,
Gustav Otto Schulz, whose inventing ,tinkering, nurturing, and genetics have influenced me tremendously.

I was a clinical laboratory scientist as my career choice, which was cut short by health challenges that almost cut my life short as well. Taking care of my declining health became a full time job in itself and social security disability seemed to be the logical next step. Unfortunately, taking this next step would have been mortally stressful so luckily I took the innovative path instead! A win-win-win for all concerned! Since then, I have taken two huge gambles on highly risky heart surgeries that most of my doctors advised against. I almost died of complications from the first one but I am here now to tell you these were good decisions!

My priorities remain health, family, and Disruptive Wind, in that order and they are all related. It's pretty obvious to those close to me that this new career absorbs an even higher percentage of my available energy than lab medicine did. The needs of the business have often threatened my precarious balance in life. My 2018 resolution is to maintain a better balance and plan the long game with a financial win. I will do all I can to keep myself alive and healthy, as well as my family and my business. These are my responsibilities and I take them quite seriously. 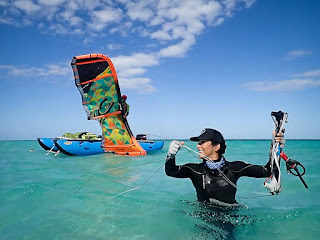 That's me in the picture! Behind the kite. That's Jasmine in the water. She taught me how to kite-board, along with some others, all of whom I'd like to thank here.
After careful consideration, Disruptive Wind decided to provide the time and  resources to have me finally learn to kite-board as soon as possible, so this endeavor was undertaken the later half of 2017.  The purpose was to have me learn from an inventor's point of view. The process was done scientifically and with specific goals in mind. The kiting market is now much larger than the windsurfing market and is relatively much younger. I had ideas prior to learning but it is harder to invent from "outside" and certainly one has less credibility. I made some big missteps in the early windsurfing foil market and although Disruptive Wind's influence was undeniably positive for speeding introduction locally, we are going to do it right this time with kiting! We have a number of new ideas that will "blow" you away!

FYI, "I" and "we" are often used in this blog, often seemingly interchangeably. "I" write the blog. "We" make decisions, sometimes it's "I". There are other folks and intelligences involved. Please bear with "us", thanks.

Here's the email: disruptivewind@gmail.com
Here's the address: PO Box 2388 Gearhart, Oregon 97138-2388
We are on Facebook, please like and follow Disruptive Wind . Fast way to message me.
Here's the website: www.disruptivewind.com  Yes, it leads to this blog. If we ever do a retail start-up there will be a web-site that satisfies my ego, gets the job done properly, and wows the customer without annoying them. We have contemplated a business to business web-site (password protected) but there is no budget for that right now.

Speaking of budgets, we have funding for this year already and funding lined up for the next few years. If we make a "big move", investors stand ready to jump in. If you want to donate (note: we are for-profit) to our research, we'll be happy to take it, send a check! Or a bundle of cash! We'll also consider other ideas. What do you need / want invented?
Try us... Inventor for hire!
Both I, and Disruptive Wind, operate under very strict financial control. That control will be even more effective in the future as we will be operating smarter, as we have learned much from our experiences in life as both as a person and a business. I have always been very frugal except when money was easier to come by, back then, spending money was used to save time. Now, time is used to save money (I make my own granola and cut my own hair).  It is a priority NOT to have the business fail due to running out of money or by being "forced" into a panic push for revenue.

Still here? Yes, I am going to work my way closer to the title topic.
I am an inventor.
We are going to focus on my strengths as an inventor and generate inventions and then profit from those inventions by selling, licensing, or partnering. This means thinking up ideas, testing them, and developing/refining if needed/possible. Patents when appropriate, trade secrets if that works. I have a great patent available: Dynamic Foot Repositioning Systems  Much development past the patent but still within scope. For sale or exclusive license. We will be doing more research and experimentation/development work to make it a better invention this year (at which point I will blog about it). However, Emma (the love of my life) has lost faith in the idea after a major potential investor proclaimed
"windsurfing is DEAD, move on". Another potential investor, and mentor, has told me this about kiting "it's still a small market in the scheme of things, you are not thinking big enough!" 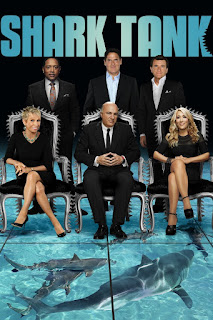 SO, we opened it wide open. Creating system for managing categories, ideas, research, experiments, with highest security. Ideally, it would be great to have an invention/product worthy for the Sharks to fight over. FOMO (fear of missing out, ground floor gold rush). So now I have to confess/brag that I have been inventing stuff for decades as a hobby, I have been reading and studying my entire life (ever since I could read) and find science fascinating. I try to keep up on all the latest discoveries. An incredible amount of new science during my lifetime!  Early on, I never thought to patent anything. I was always pleased when one of my ideas appeared in a magazine or on a store shelf. Later, I did consider going somewhere with an idea, but one after another, the same idea would be "stolen" from me by someone else being faster than yours truly. I once dated a doctor who was impressed that I was studying quantum physics "for fun" but yet did not know how to dress properly. Still mostly true. Emma will confirm.

We inventors are a strange lot. Check this guy out:


I have developed a different technique. Perhaps I should patent it. The title of the patent would be something like this: "Program for Enhanced Inhibitory Control and Amplification of Cognitive Epiphanies by Strategic Use of Anandamide,
2-Arachidonoylglycerol, Theobromine, and Contextual Plasticity." The use of Mimetic Analogs for Anadamide and 2-Arachidonoylglycerol would be covered by the patent as well. I am dead serious. And no, I do not have to risk being dead.
Why have I not patented this? Well... 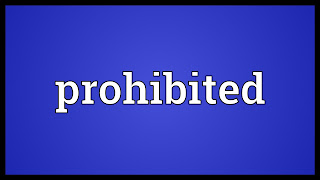 That's right. The Federal Government of the USA has forbidden research on this topic. And so we finally arrived at the title topic!
I would also love to tell you about the dramatic experiment I did on a remote island that was actually forbidden science* of a different flavor. I now think best not to talk about it. Sorry. I had originally came up with this blog title because the "forbidden" science I was intending to talk about was * Pseudoscience. I have performed research and experiments on subjects that fall into this category, some with surprising success. This is a ripe area for patenting and inventions but there is a real challenge at the money end. Nobody wants to get scammed, how would I distinguish myself successfully? An area to tread carefully. Would be nice to create/prove new science. Then everyone wins and you are famous!

Here is another challenging area:
GOVERNMENT SECRECY ORDERS
If a patent has national security implications, it can be blocked.
Even if a patent would favor another country economically, it could be blocked.
I have a great idea I would love to patent. It's so awesome I can not believe it's not patented and/or in everyone's home. My paranoid self has determined it COULD fall under this category, even though I disagree it SHOULD. This is one of the reasons we need to be working on multiple ideas.
Another reason is that I could file a patent tomorrow, yet someone else could have filed the same invention today. It would be almost 2 YEARS before I found out the bad news. Part of my job is to check all the recent patent applications published every few months in my areas of interest. And when I do file a patent, it can be challenged ANYTIME after publishing FOR THE LIFE OF THE PATENT, if it can be shown someone else had already published a similar idea. And patents can overlap/infringe which can lead to a real mess. I spend a LOT of time doing patent searching. This process is not easy. One does not just simply Google it, although a good place to start. 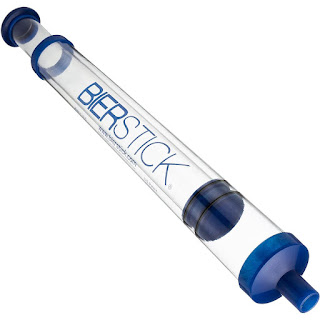 Click on Bierstick for a "fun" invention.
I thought of a great idea in this same category, a sure thing I thought (found out later that my idea was already on the market). Not sure if this could be patented but it fails the MORAL IMPERATIVE.
I am simply NOT going to patent something that is WRONG, encourages BAD behavior, can be weaponized, or threatens the government / criminals/ corrupt large corporations/etc. or gives anyone motivation to harm me or my family in any way. Seems self-evident but I did have one invention that I wasted time on only to then realize it fell into this category. I think more ahead now.

This category is of inventions that either can not be patented or are not worth patenting due to unlikely/uncertain sufficient market acceptance. Can easily be knocked-off (copied). Some of these surprise everyone and end up on Shark Tank. Some are only successful BECAUSE they were on Shark Tank. Take the money and run!
These are the easiest to invent and I will admit to a number of these ideas.
I will try to exhibit a high degree of inhibitory control.

Long post!  I'll use now to get a chance to talk about my very recently invented Broot (TM) which may actually fall into one of these no-no categories. We'll see after I build and do some experiments with a prototype.
Welcome to 2018!
Be well...
Posted by Peter Schulz at 1:05 AM