More videos on the way...

Just too darn busy to finish the road trip story...
But that is partially because I want to include new videos. And videos take LOTS of time: watching, analyzing, cataloging the action, creating outlines, clipping, pasting, editing, adding music, etc..

So here are a few photos in the meantime while I beg your patience: 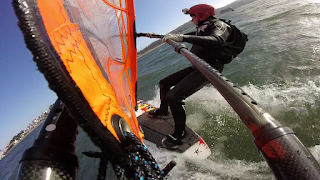 Been a few decades since I windsurfed here! 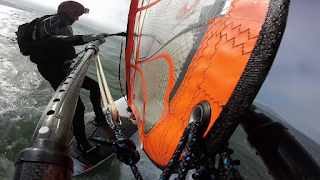 Yes, that is Fort Point and the Golden Gate. 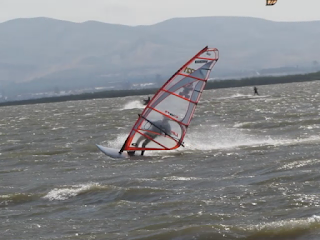 My first time at "the delta"; Sherman Island. 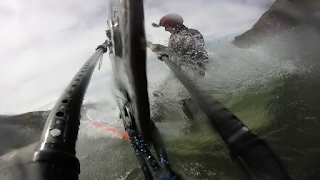 Rowena in the Columbia Gorge. My first time on a quad. 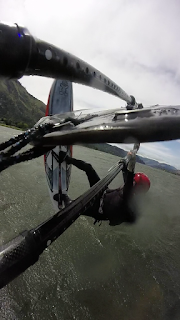 Too high to bail on this one, but then why would I? 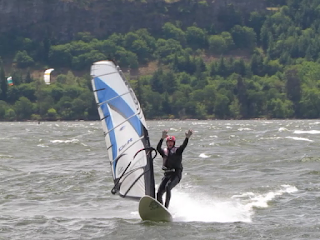 This scene is key for the upcoming big production which had a script written beforehand, another first.
All these photos were taken since April 17 this year, and all were using a MoaB repositioner, except for the quad photos. The quad was acquired at one of the THREE swap meets I went to this spring and I always personally test boards before attaching a prototype MoaB.
So, to sum up, I have personally attended 3 swap meets in 2 states, conducted 6 (six) field sessions at 6 different locations, using 6 different boards, and 4 different sails. 5 of the 6 field session have been while I have been nursing multiple injuries which I will get to describing when I finally finish the road trip story.
Meanwhile, I've got to make a foil decision soon, so back to it! - Peter
Posted by Peter Schulz at 6:18 PM