Perfection is the enemy of profitability. - Mark Cuban ‪#‎BeyondTheTank‬

While I have been busy focusing on product development and although this has been very successful, I have not kept up with the business side. I am up against deadlines for patent filing worldwide.
The powerful US patent #8,870,615 was used to obtain international rights via the Patent Cooperation Treaty (PCT). However, international rights does not equal patents worldwide, so we are busy deciding where to patent. To get a patent in every possible country would cost about a million dollars.
However great this idea is, not every person on the planet is going to be a customer. And a million dollars is simply not available. If we were a huge company that dominated the market, patents would be less important.
So, we are making a strategic decision to narrow our focus in order to move forward. We have eliminated over 50 countries from consideration that are PCT members. After further analysis of those that remain, 47 countries have been identified that are of value, but that we could still be quite successful without. 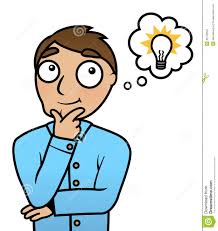 Here is the idea:
Instead of just letting those 47 countries go, why not provide others with a chance to invest in us by selling patent applications in those countries via the most unique crowdfunding campaign ever!
I would NOT be selling shares or equity per se in Disruptive Wind but an opportunity to share in our success. Our interests would be aligned: to bring this innovation to the world while making money doing so. Your participation could be quite passive (complete and hold the patent*) or very involved (your own franchise/startup/independent licensing/etc.). *If you hold the patent, we (or some other company) may buy or license from you as the business progresses, easy profit!
Of course we run the risk of creating or selling to a competitor, but I really feel in that case everyone wins!
The campaign is not ready to go yet, so there is an opportunity to get a head start for savvy readers of this blog. I am willing to do pre-deals prior to the campaign. Contact me at disruptivewind@gmail.com. I will then have your lawyer (optional)  work with mine (listed on patent) to complete the deal. Note that a group of folks can pool their money and form their own company to spread risk and/or ease barrier to entry (less money needed).
Without further ado, here are the countries currently available:

Makes a great gift! We have spent well over a $100,000 to get to this point. The upcoming videos will show everyone how great this works. We would not be patenting worldwide unless we knew this is going to be a winner! We are also smart enough not to be too greedy!

P.S. Legal disclaimer. This is an offer to sell patent applications (which have not yet been filed) for the countries listed at the prices listed, while available. The application will be filed with the assignee listed. The application then becomes the responsibility of the purchaser as regards to further costs, such as prosecution, publishing, grant, maintenance, etc.. Of course, as the inventor, I will assist with prosecution. There can be no assurance that a patent will be granted, or that the invention will not infringe upon other existing or pending patents granted in the future. There is no assurance that the patent (or application if not yet granted) will result in royalties or be purchased later. Disruptive Wind is pre-revenue and has considerable uncertainty as to it's future, as does any company at this stage. Do your due diligence!