Africa sale package at $80 per country! 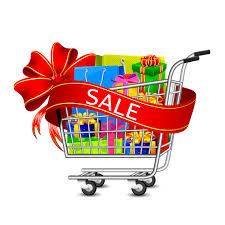 Starting over thanks to an offer from Seoul that has nothing to do with the proud -funding campaign located here: http://igg.me/at/disruptivewind/x/11426751

Here is the update I posted on the campaign:

"Completely unrelated to the campaign, I have received an offer from Seoul for Korea, Japan, and China. I'm going to keep them available until a deal is near, but as a package instead (warning, the price may change as things progress). The nature of the offer has us rethinking the premise of offering patent applications as perks. We are going to look instead at offering patent rights to countries instead. This is because the larger players have their own legal teams that can file the applications themselves for less cost. I have to build in a buffer to offer the filed application, otherwise I could suffer a loss on the deal. Therefore, if you want the easy (but more expensive) filed application, act soon or alternatively,you can still deal with me directly later. Expect an easier to understand video as well (Worst Gybe Ever was not originally meant to be the lead video, but was put in last minute as a placeholder and then things got crazy!)."

Bottom line: Now I'm offering rights instead of filed applications!
And now I can offer incredible deals and make things much simpler for me to manage.

I still will offer filed applications at the prices previously listed on this blog, but you will have to contact me directly at disruptivewind@gmail.com .

that includes Egypt and South Africa for only $4000!

I must reiterate that under the new structure you will bear the cost and time involved to find lawyers and pay them to file the application (although in some cases you can do this yourself, especially if it is your country). In some countries, the patent must be translated from English. This is a comprehensive and lengthy patent that I estimate at almost 10,000 words! If you can not do this yourself, it could cost over $1000 for translation.

Also, very important (and the whole reason for the rushed campaign and cheap prices), all applications must be filed by September 25, 2015 or October 25, 2015, depending on the country.

The African List: (I apologize if I miss any and please note that not every country is a PCT member)